The President and CEO is in charge of the day-to-day management of Oriola and is assisted by the Oriola Management Team.

The Board of Directors appoints and dismisses the President and CEO of Oriola.

Ms. Katarina Gabrielson was appointed as Oriola Corporation’s CEO as of 10 May 2022. Previously she was working as Interim CEO as of 15 March 2022, and as Vice President of the company’s B2B business in Sweden.

Further information on remuneration and terms of service of the President and CEO of Oriola can be found in the Remuneration page and in the Annual Report.

Further information on the remuneration of the members of the Oriola Management Team can be found in the Remuneration page and in the Financial Statement. Katarina Gabrielson was appointed as Oriola Corporation’s CEO as of 10 May 2022. Prior to her current role, she worked as Interim CEO as of 15 March 2022, and as Vice President of Oriola's B2B business in Sweden as of 1 January 2022. She has been member of the Oriola Management Team as of 1 January 2019. Gabrielson joined Oriola in 2012 as Director for the Business Unit Pharmacy in Sweden and served as Director for the Retail Business Unit during 2017-2018 and Vice President of Business Area Retail during 2019-2021. Before joining Oriola, she has worked in the retail sector in various roles within companies such as Axfood and Reitan. Hannes Hasselrot was appointed Chief Commercial Officer on 19 September 2022, and he assumed his role on 3 October 2022 after finalisation of combining Oriola's and Euroapotheca's pharmacy businesses in Sweden. Prior to that he worked as Vice President of Oriola Consumer. Mr. Hasselrot has been member of the Oriola Management Team as of 1 December 2021.

Mr. Hasselrot has a solid experience from retail and e-commerce businesses. He joined Oriola’s Consumer business in 2019 as Digital Sales Director and served as Chief Operating Officer and Commercial Director during 2021. Prior to Oriola, he has worked in various roles in retail and e-commerce, among others as Global Retail and E-Com Director for Peak Performance during 2017-2019, COO and CPO for Eleven AB during 2014-2017 and International Retail Manager for Jack & Jones during 2012-2014. Mr. Hasselrot is also a board member in Vasakronan.

Elina Niemelä was appointed Chief People Officer at Oriola Corporation and a member of the Oriola Management Team as of 9 August 2021. Before joining Oriola, she worked at Purmo Group during 2018-2021 as Vice President, Corporate Development and BU Head, Hydronic Controls. Ms. Niemelä has more than 15 years of experience in corporate leadership and consulting roles in various international companies such as Russell Reynolds Associates (2017-2018) and Outotec Corporation (2012-2017) as well as many HR consultancy related positions from 2006 at PwC and E&Y. 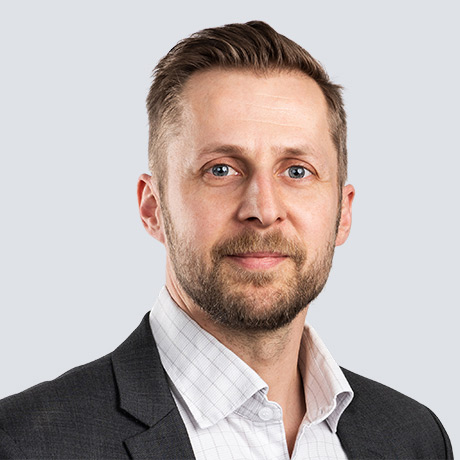 Petter Sandström was appointed Oriola’s Legal Counsel in 2008, General Counsel in 2012 and member of the Oriola Management Team as of July 1, 2018. Before joining Oriola, he worked as an Attorney at Castrén & Snellman Attorneys.